Nissan will unveil its Ariya electric crossover on the 15th July in Japan. CEO Makoto Uchida made the announcement at a shareholders meeting today. 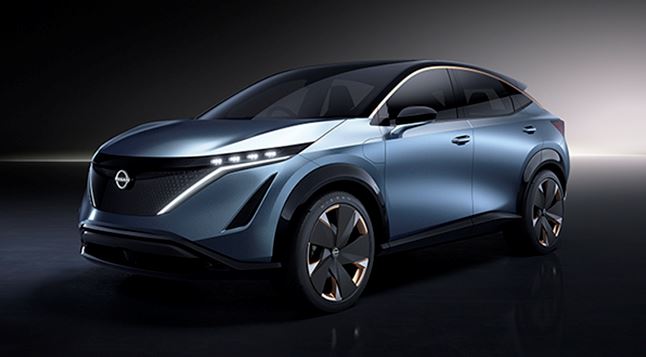 The production-version Ariya will debut with Nissan's latest ProPilot 2.0 hands-off automated driving system and a new all-electric powertrain, Uchida said. The vehicle will go on sale first in Japan before being introduced to overseas markets, he added.

The EV will eventually be available in the U.S., Europe and China.

The Ariya, which debuted as a concept at last autumn’s Tokyo Motor Show, is expected to be manufactured at Nissan’s Tochigi assembly plant, which is being converted to an EV factory. The Ariya will likely get Nissan’s new e-4ORCE all-wheel drive electric powertrain.

The ProPilot 2.0 system, introduced last year in Japan, allows hands-free auto-navigating highway driving from on-ramp to off-ramp. Nissan hasn’t detailed plans for deploying the 2.0 version to other markets. But it plans to introduce ProPilot systems in more than 20 models in 20 markets worldwide as part of its midterm business plan ending in March 31, 2024.

“The highlight of the new Ariya is the fusion of electrification and advanced driver-assist technologies that is expected to develop into self-driving cars in the future,” Uchida said. “We expect the all-new Ariya to play a key role as a brand driver and face of Nissan for the new era.”

The EV will help spearhead a renewal of Nissan’s global lineup, Uchida said. Nissan will introduce eight full-electric vehicles under midterm plan, and 12 new models globally in the next 18 months.
Top

Re: Nissan Ariya electric crossover to debut on 15th July